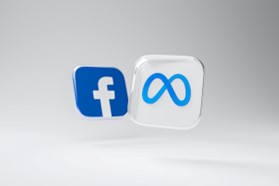 Meta Platforms Inc., the Facebook parent company, is preparing to enact its large-scale lay-off plan. According to a recent report by the Wall Street Journal, the soon-to-be-enacted firings will affect thousands (reportedly 11,000) of employees across the corporation — about 13% of its workforce. Although Meta decided not to comment on the WSJ’s report.

The news comes amid a pretty poor holiday quarter and the ever-lowering Meta stock prices.

The company has already lost over half a trillion dollars in stock market value during 2022. But its October report states there is more loss to come after its weak quarter, with more costs coming next year, banishing an extra $67 billion from Meta’s value.

Here’s What the CEO Has to Say

The chief executive officer, Mark Zuckerberg, says he anticipates metaverse investments to take almost ten years to reap the rewards. Therefore, he has been faced with tough decisions in the meantime, including shutting other projects down, freezing hiring, and reorganizing teams to cut costs as much as possible.

Next year will see the company focus spending on a relatively small number of high-priority areas for growth. Zuckerberg states this approach will ensure some teams expand and develop meaningfully. However, he also notes that others will stay dormant or even shrink over the coming 12 months.

During the last earnings call at the end of October, the CEO said he expects the organization to stay the same size or even decrease by the end of 2023.

This all comes after Zuckerberg made the executive decision to enact aggressive hiring practices, expecting continued rapid growth long after the pandemic ended.

Evidently, that didn’t pan out the way the tech giant had anticipated. However, he is taking full responsibility for the mistake.

In a prepared statement, he mentioned that online commerce has returned to pre-COVID trends, and he simply didn’t foresee the macroeconomic downturn, ads signal loss, or such increased competition.

Originally, the social media company had plans to hire a bulk of engineers. But June 2022 saw these plans massively (at least 30%) rescind in response to Zuckerberg’s warning of an economic slowdown.

Altimeter Capital Management, one of Meta’s shareholders, sent an open letter to the company’s chief executive officer expressing Meta had lost investor confidence as it swiveled toward metaverse-centric operations and skyrocketed spending.

The letter also advised the social media company to cut jobs and capital expenditure to streamline operations and tackle the up-in-the-air finances.

In a Wednesday meeting, Zuckerberg told employees that they would receive an email if they were part of the group being let go.

The CEO said each laid-off worker would receive 16 weeks of base pay and two extra weeks for every year they worked at the company. Health insurance will continue for previous employees and their families for half a year.

But Meta Isn’t the Only Tech Company Facing Hiring Cutbacks

Economies around the world are in turmoil. And Meta isn’t the only tech company facing the harsh realities of job cuts — Microsoft Corp, Snap Inc., and Twitter Inc. have also scaled back hiring and let people go over the past few weeks.

It appears that Meta Platforms Inc. and other major technology corporations are suffering the effects of higher interest rates, energy crises, and rising inflation.