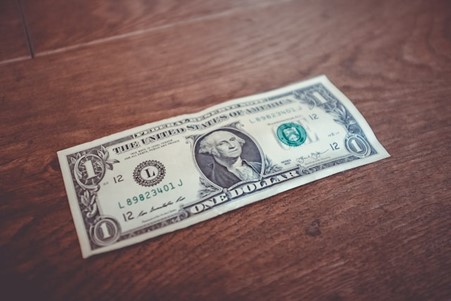 The International Monetary Fund released its latest World Economic Outlook report last week, downgrading its global growth forecast from 3.2% in 2022 to 2.7% in 2023. This marks the fourth time in a year that the IMF has made such a downgrade, highlighting the ongoing fragility of the world economy. Now, analysts are predicting that the world is headed into a recession.

Due to rapidly ballooning inflation, lingering supply-chain issues, an energy crisis in Europe, and the Russian invasion of Ukraine, markets are struggling to find stability. As a result, the IMF has called for nations to formulate necessary fiscal policies in line with monetary policies to bring inflation back under control, however, it has cautioned against over-tightening regulations to prevent a cataclysmic global recession.

After more than two years of fallout from the COVID-19 pandemic, global markets are still wrestling with ongoing supply chain issues brought about by a lack of available port authority workers and congestion at major transit hubs. These issues have been further exacerbated by China’s hesitancy to soften its stance on COVID, leaving many factories at half capacity in the world’s largest manufacturing center.

These existing problems were then amplified by Russia’s invasion of Ukraine, forcing the United States, the EU, and several Western allies to impose harsh economic and fiscal sanctions against the Kremlin and Russian economy. Without access to cheap gas and oil, the entire European market has struggled to maintain economic growth and is expected to contract in response.

Worst of all, though, Russian sanctions have made it difficult to export grain from both Ukraine and Russia, which account for nearly a third of the world’s wheat supply. This has led to major food instability, particularly in developing countries that relied on affordable grains from Europe.

All in all, these compounding factors have forced consumer prices to skyrocket nearly 10% in the last year, reducing real incomes and real GDP growth around the world. Both China and the United States—the world’s two largest economies—are reconning with these effects and their economies are expected to slow by 4.5% and 0.9% respectively.

With nearly every major economy struggling to maintain growth, it’s understandably that Forbes and CNN have begun announcing the impending global recession. However, analysts remain confident that the upcoming economic downturn will likely not be as catastrophic as the 2008 housing crisis.

Unlike the previous recession, industries are unlikely to go under and the fundamental foundation behind global economies remains intact. However, the IMF cautions that unless nations can work to lower inflation, consumers and everyday citizens will bear the brunt of the recession through higher prices and stagnant wages.

Some have even gone as far as to state that an entire generation of Americans will never own a home due to the current market conditions. This would be a major blow to real financial wealth in America, which has for generations rested on the idea of storing value in housing equity.

The same is unfortunately happening in China, as the Red Dragon’s hyper-inflated real estate market is struggling to control ongoing debt and liquidity problems. The most threatening factor, though, is that real estate accounts for roughly 75% of Chinese individual wealth and, if the nation’s housing market crashes, it could wipe out billions of dollars of value, sending further shockwaves across global markets.

Caution is the Only Way Forward

In the end, it seems as though the only way to protect against an impending global recession is to remain cautious. The IMF has called on nations to ease up on fiscal policies and to work together to help control the rise in inflation.

However, many are concerned that too much action could lead to an even worse market crash. As such, it seems that the best thing to do is to wait and see how events unfold in the coming months. After the end of the fourth quarter, analysts and regulators will have a better idea of economic performance and can make adjustments from there

The global economy is in a precarious position and, while a recession is all but inevitable at this point, it’s impossible to know how severe it will be. The best thing that nations can do is to remain cautious and to work together to ensure that the market doesn’t crash.