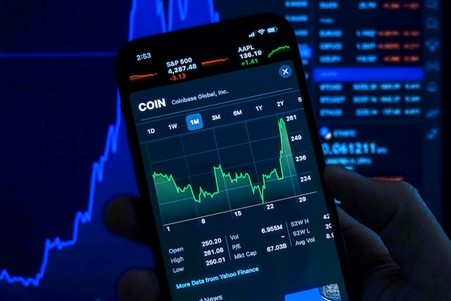 Undervalued stocks boast comparatively cheap prices compared to their peers. But they weren’t all created equal — some stocks are “cheap” for a good reason. Known as value traps, savvy investors avoid them like the plague.

Provided the United States of America can prevent a looming recession, the value investing opportunities probably won’t last long, so individuals looking for a bargain should consider purchasing the stock picks sooner rather than later. Below is a rundown of some of the best underrated stock picks you should consider investing in this turbulent market.

Target has increased its shareholder’s dividend payouts every year for the past five decades. And even after the coronavirus pandemic, it managed to boost its’ revenue in 2021.

However, this year saw changing buyer habits and unprecedented inflation, denting the company’s 2022 profits. Although, that shouldn’t put investors off as the long-term potential is very much present.

A holding company that owns various insurance companies, the BNSF Railway, energy and utility conglomerates, and other entities, Berkshire Hathaway is owned by the renowned Warren Buffett.

While his value stock shopping style fell to the wayside, it is making a comeback. In fact, the company’s biggest stock purchase recently has been its own!

Buffet stated that he’ll continue rebuying his shares while they seem to be undervalued compared to its growth potential. He has made it clear that he considers BRK to provide great long-term value.

Exxon Mobil, America’s largest integrated oil company, happens to fall into the only industry that appears to be doing well in 2022’s market.

As of September 7, Exxon’s shares are up 54%, and the rising oil prices have only benefited Exxon by boosting its earnings.

According to Stewart Glickman, a CFRA analyst, the company has short-term catalysts in the Permian Basin and Africa, with long-term opportunities in clean energy programs.

Generally, rising interest rates prove fantastic for banks’ interest margins. However, the Bank of America is experiencing decreases of nearly one quarter amid worries about loan growth.

The entity’s net charge-off ratio has moved below past averages, and the stock prices are at eight times forward earnings.

Merck & Co is a global leader in the biopharmaceutical industry.

Experts say the company’s decision to separate their slow-to-grow businesses into Organon ; Co was smart — it meant the original business has a much higher growth profile.

On top of that, Merck’s acquisition of Acceleron Pharma enhanced its presence in new medical markets, making it a truly underrated stock currently.

Specializing in networking, collaboration, security, cloud computing, and related technologies, Cisco stocks took a considerably large hit. They’re down 29% as of September 7, giving it the title of worst-performing stock.

Investors can grab onto long-term windfalls if they buy now, according to expert analyst Keith Snyder, thanks to the 5G upgrades and Wi-Fi 6.

JPMorgan Chase, the financial services and investment banking titan, experienced sharp-falling stock in 2022 due to concerns over a recession. The appears to be a bargain right now as savvy investors look to the company’s long-term potential (e.g., plans to prioritize mobile banking experiences) and dividend payouts.

Everybody in the tech industry knows Alphabet. But this year has been harsh to its stock since much of the business is still too closely knit to advertising.

Qualcomm chips come in almost every smartphone. While Apple has caused a stir by designing its iPhone circuitry in-house, the company still holds the age over standard mobile devices.

The next few years will likely be kind to Qualcomm, with its auto section doubling multiple times. As a result, investors who purchase now may be handsomely rewarded later.

Previous articleSchool Safety in America
Next articleWhat are Bitcoin Futures?