The Roles of Solopreneurs, Entrepreneurs, and Small Business Owners 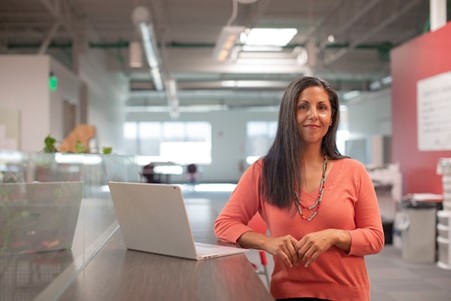 There are many ways to succeed in business. Entrepreneurship, running a small business, or being a solo entrepreneur are all ways to do so. What is it that makes each one unique?

The chief difference between a solopreneur, entrepreneur, and a small business owner is the scale of the endeavor. This can be the number of people involved, the level of work done, or the heights they will rise to.

With each style of business, there are advantages and drawbacks. Here are some of the biggest differences between the three.

A solo entrepreneur or “solopreneur” is similar to a freelancer, but the solopreneur has taken additional steps. The solopreneur will often become an LLC or a sole proprietorship. They have a well-defined idea of what niche they fill.

While both freelancers and solopreneurs will work for others, the solopreneur is often described as working for themselves. This applies to solopreneurs who have customers instead of clients.

All that said, freelancers and solopreneurs are very close in their definitions. The line that separates the two is quite vague. Freelancers who have reached a certain level of business success are solopreneurs.

On the other side of things is the difference between solo entrepreneurs and entrepreneurs. Entrepreneurs work with others much more than solopreneurs do. An entrepreneur will have a team of employees they can rely on for various tasks that the solopreneur does on their own.

Furthermore, solopreneurs won’t have the outside investors that an entrepreneur has. This means that all of the top-level decisions are up to the solopreneur. The solopreneur may have people they rely on for advice, but everything regarding their business is ultimately under their control.

Entrepreneurs found businesses to create something of great value. This business can be at the top of a niche or even rise to the heights of businesses like Apple. It depends on the ambition of the entrepreneur. In general, however, the entrepreneur is blazing a new path.

To achieve these heights, entrepreneurs will hire employees, reach out to investors, and continue to build on success. Solopreneurs cover everything from the top to the bottom whereas entrepreneurs cover the top and recruit others to manage the rest.

Yet entrepreneurs aren’t idle. They have much to manage as the founder of a company. The responsibilities depend on where the business is. In the early days, they must determine the niche, hire qualified employees, and find investors.

Later on, there are meetings to handle the daily responsibilities of a growing company. All of the executive decisions fall on the founder.

Small business owners fill the needs of a community or field. They can include local stores, small eCommerce sites, consulting, and many other business needs. The style of the business can be innovative, but the main goal is similar to many others.

Another major difference is the growth of scale. Small business owners are, by definition, limited in their growth. There are a few defining size limits. Some cap the number of employees while others cap the annual revenue.

In truth, these three titles are not all the same. There are plenty of similarities such as filling niches, business concerns, constant improvement, and inherent risks to name a few. The differences cover things like scale, growth limits, aspirations, levels of involvement, and more.

What matters is that the people filling each of these roles provide important services in their own ways.

Previous articleWhat are Bitcoin Futures?
Next articleHow to Decide if Trading vs. Investing is Right for You