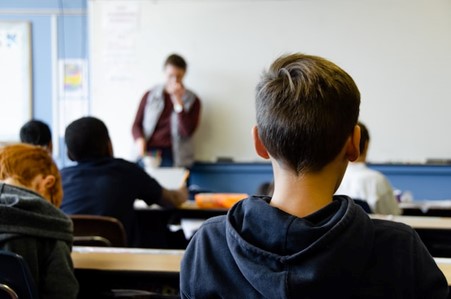 In the face of public tragedies, specifically ones that occur on school grounds, the nation turns to more than just the government for solutions. Regarding prevention and implementing strategies that will deter repeat instances, no one body is more capable than schools themselves.

One can pin back the moment of nationwide shift to 1999, the year the Columbine massacre occurred and showed the world that catastrophe could happen anywhere: even the places children are sent to every single day. Most laws that prevent shootings, and training implementations that keep people safe during them, were passed post-Columbine.

The shockwave that followed birthed more than just thoughts and prayers – but major change, especially since this was the first major school shooting the nation experienced.

From the years 1999-2012, a range of five to twenty-five laws was added on a yearly basis that were directly related to safety laws (most of them added in the wake of school shootings).

In terms of the types of laws that were passed in those years, they dealt with the following issues (in order from most to least laws implemented):

In the eve of the year 2012, the world was once again brought to its knees in the wake of the Sandy Hook Elementary School Shooting, and the call for change, once again, sounded.

This brought forth a striking number of laws passed. A range of fifteen to fifty-five laws were added every year. The subject matter included the same ones listed above, but also included aspects such as (in no particular order):

The Cost of Change

How much these laws cost to implement is on an individual basis: what was being changed, how difficult it would be to make change happen, etc.

An instance that shows just how costly change can be was made apparent following the Robb Elementary School Shooting in May 2022. Following the tragedy, Texas lawmakers granted over $100M in general revenue to schools dedicated to the enforcement of mental health and school safety initiatives.

The distribution of this grant ranged from bullet-resistant shields for police officers, the expansion of TeleMedicine, making MultiSystemic therapy and counseling more accessible, funding for rapid response training, travel costs for officers to attend training, and more.

Of course, there are other threats looming in schools that don’t involve the threat of outside violence. These threats are aggravated by aspects that the institution can directly handle without the need for state or national funding – including things like peer pressure, community-building, and the like.

Peer-to-peer harassment isn’t a new danger. It’s one that, unfortunately, has been on a steady rise, no doubt exaggerated by things like the internet and social media. Early intervention is key, especially since young children are more receptive to behavioral formation than older kids (though this doesn’t necessarily mean that high schoolers don’t need aid as well).

Some popular means to address bullying include schools executing bullying prevention programs that teach kids (and teens) the impact that their words have, and how to foster a sense of community on school grounds.

Programs, such as the Olweus Bullying Prevention Program can bear drastic results. Schools that utilized programs such as OBPP saw a 50% reduction in self-reported bullying instances compared to schools that didn’t.

However, these programs don’t come without a fee. OBPP costs about $3,000 for a 2-day committee meeting, and an additional $125 per hour of school for consultation. Similar programs cost the same on average.

Of course, schools can foster and start their own anti-bullying programs at little to no cost. These things can include anti-bullying games/skits for the kids, and staff training to reiterate what bullying looks like and how to effectively stop it.

In schools for older kids, or institutions in at-risk areas, another major threat that directly impacts a student’s safety in school (and the community) is the risk of substance abuse. Major threats include alcohol and marijuana, though the danger of opioids is also a reality that academic environments need to pave solutions for.

Like with bullying, schools can enlist the assistance of outside programs to cultivate a safe, substance-free community for the school as well as teach kids the importance of staying sober.

One of the most popular programs is Project Success which works to fight against substance abuse by helping students find their passions in the world. The program includes bringing students to theatre experiences, nature visits, college visits, etc. Schools that utilized the program saw a 37% decrease in substance abuse.

Schools are under near constant stress and threat, but with the execution of preventative programs, and the application of programs that put the student first, safety can be a reality rather than a pipe dream.

Previous articleWays to Protect Yourself from a Cyber-Attack
Next articleUnderrated Stock Picks: The Ultimate Bargain Buys