HomeMarketsWorker Shortages Fueling the Labor Crisis in the United States

Worker Shortages Fueling the Labor Crisis in the United States 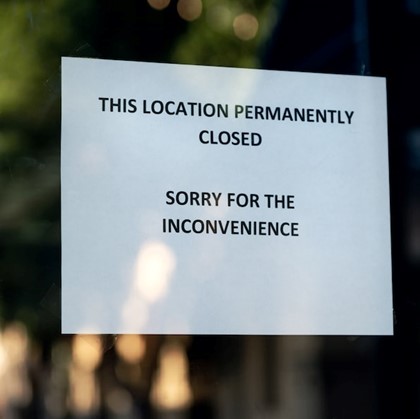 Two years on since the COVID-19 pandemic first hit American labor markets, the US economy continues to wrestle with major worker shortages that are contributing to a deepening labor crisis. Between a general lack of available workers and a drop in worker satisfaction, many employers are struggling to find and hold onto talent.

As with all economic trends, though, the current state of the American labor market has been influenced by a number of factors that have compounded into a larger issue. To better understand the origins of the problem, an analysis of some of these factors and discussion on how employers can overcome the ongoing fallout of the past few years.

In terms of raw statistics, there are simply not enough workers in the American economy to fill the number of available jobs. According to the U.S. Bureau of Labor Statistics, there were roughly 11.2 million job openings at the end of July 2022, compared to only 6 million unemployed workers currently seeking a job.

This disparity has left employers with a smaller pool of potential hires from which to choose and has forced them to be more competitive in their recruiting and retention efforts. Unfortunately, though, a lack of available workers has forced employers to dump more responsibility onto existing workers, driving employee satisfaction to a 20-year low. The constant push-and-pull leaves both employers and employees stuck between a rock and a hard place.

It’s no secret that current United States immigration policies have been a hot-button issue for years, but the current administration’s hardline stance has only made things worse. In FY 2022, the Department of Homeland Security issued a total of only 195,507 green cards, a massive decrease from the 1,183,505 issued in FY 2016.

This decrease in legal immigration has had a ripple effect throughout the economy, as potential workers who would have otherwise immigrated to the United States are forced to look elsewhere. In addition, the COVID-19 pandemic has killed over 1 million Americans and sickened many more, taking a significant toll on the country’s labor force. These two factors have combined to create a perfect storm of worker shortages.

To put these impacts into numbers, the U.S. Bureau of Labor Statistics reported a workforce of 157.53 million people in 2019 and has estimated a total workforce of 163.5 million by the end of 2022. While this does represent a 4% increase over 3 years, it also signals a sharp drop in the labor force participation rate, which has steadily decreased since 2007.

The Impact of the Labor Crisis

The American labor crisis has had a number of far-reaching impacts, both on the economy as a whole and on individual employers. Perhaps the most obvious impact has been an increase in wages, as employers are forced to offer better benefits and higher salaries to retain existing workers and attract new hires. This rise in labor costs has put a strain on businesses, particularly small businesses, which are struggling to keep up.

In addition, the labor crisis has led to an increase in job openings that go unfilled. This has had a number of knock-on effects, including a decrease in productivity, as workers are forced to take on more responsibility, and an increase in prices, as businesses pass on their higher labor costs to consumers.

The labor crisis has also led to a number of business closures, as employers are unable to find the workers they need to keep their doors open, as well as bottlenecks within the shipping and rail industries, which have only led to worsening inflation and rising global consumer prices. The double-punch of these two outcomes has impacted businesses both big and small, as well as everyday Americans.

The American labor crisis is a perfect storm of worker shortages, lower immigration rates, and COVID deaths. This has had a number of far-reaching impacts, including an increase in wages, a decrease in productivity, an increase in prices, and a number of business closures. To overcome these challenges, employers must adapt their recruitment and retention strategies. While it won’t be easy, employers must be prepared for a long battle ahead.